This is a question that is frequently asked by researchers and policymakers. Monetary policy can redistribute wealth through its direct impact on interest rates that, for example, creates a wealth flow between savers and borrowers. This means that there may be winners and losers from a policy change by a central bank. The findings in a new PhD thesis from Lund University suggest that an unexpected monetary policy contraction by the Riksbank redistributes wealth from richer to poorer, from older to younger, and from individuals living in larger cities to individuals living smaller cities. These findings suggest that monetary policy impacts wealth inequality, but the effects are small and uncertain.

Central banks conduct monetary policy to stabilize inflation and economic developments. Their main tool, the policy rate, affects interest rates in the economy which also impacts individual’s wealth through, for example, mortgages and savings. Distributional effects of monetary policy have become a greater concern in the last decades with respect to two developments. First, income and wealth inequality have risen in many advanced countries, directing research to determine potential causes of this rise in inequality (Saez and Zucman, 2020). Second, many central banks have conducted an exceptionally loose monetary policy, with negative policy rates and purchases of financial assets (quantitative easing), spurring the debate on whether monetary policy has contributed to the upsurge in wealth inequality.

To study the distributional effects of monetary policy on wealth, I use administrative register data for the years 2000-2007.[1] The data covers assets and debts as well as socioeconomic information on the entire Swedish population, allowing for a broad study of heterogeneous responses to monetary policy on wealth across the distribution of wealth, age, education, income, world birth region, and the size of the city of residence. Sweden is one of few countries where administrative register data of this kind is available. Previous papers primarily rely on survey data, which can be biased due to misreporting.

When estimating the impact of monetary policy on economic outcomes, such as wealth, it is common to study unexpected shifts in the central bank’s policy rate. Using the Romer and Romer (R&R) (2004) approach, such shifts are defined as changes in the central bank policy rate that are not explained by forecasts on GDP, inflation, and unemployment. I use this approach to identify monetary shocks for Sweden and to estimate the effect of these shocks on individuals’ real assets (such as houses and apartments), financial assets (such as stocks, mutual funds, and deposits) and debt (such as mortgages and student debt).

[2] Net wealth is the difference between an individual’s total assets and debt. 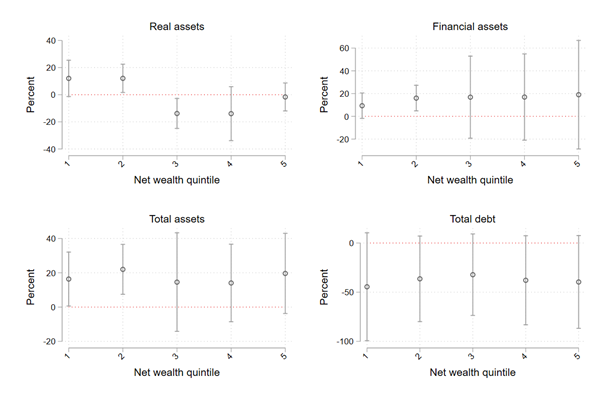 Figure 1. The impact of monetary shocks on assets and debt along the wealth distribution

Notes: Coefficients measure the effect of a one percentage point contractionary monetary shock on the outcome variable indicated by each graph title, given the wealth quintile an individual belongs to, where 1 = lowest quintile (lowest net wealth) and 5 = highest quintile (highest net wealth). The bars indicate 95% confidence intervals.

I find that contractionary monetary shocks redistribute wealth from older to younger and from those living in larger cities to those living in smaller cities. These findings are mainly driven by a reduction of the amount of mutual funds among those who lose from the policy change (individuals that are wealthier, older, and live in big cities), while those who win from the policy change (individuals that are poorer, younger, and live in smaller cities) increase their holdings of real assets, such as housing. One potential mechanism is that less wealthy individuals stock assets that become cheaper in response to a policy tightening while wealthy individuals reduce assets that are more exposed to price fluctuations (because they own more of these assets). The results do not indicate any redistribution of wealth across individuals with different educational attainment or world birth region.

These findings suggest that a policy tightening leads to lower wealth inequality, but the results are uncertain given the few statistically significant results. The sample period is short and coincide with a stable period of monetary policy in Sweden, compared with more recent times. Nevertheless, these findings show that distributional effects of monetary policy should not be ignored. By understanding and quantifying the sources of wealth inequality, it is also possible to determine appropriate (fiscal) policies to address them. This should not be a direct concern of central bankers, whose focus should be on creating price stability, but may facilitate the continued revision of optimal monetary (and fiscal) policy.

More from the author

This research was undertaken as part of the author’s PhD studies at the Department of Economics at Lund University (Kilman, 2022a). The doctoral thesis includes three additional papers on monetary policy and economic inequality. The first two papers estimate monetary shocks for the United States and Sweden. In the first paper, Andersson and Kilman (2021) show that it is possible to use revised data instead of real-time and forecast data when estimating R&R shocks for the United States. Shock estimates and responses to economic outcomes are similar to the original shocks. This extends the number of applications of the R&R approach, since real-time and forecast data is not always (publicly) available. In the second paper, Kilman (2022b) use the R&R approach to estimate monetary shocks for Sweden. This is the first paper to estimate such shocks for Sweden. The third paper shows that labor unions dampen the effect of monetary shocks on income inequality in the United States. Positive monetary shocks increase income inequality, but the effect is lower in states where the union density is higher. The effect is explained by responses to labor earnings (Kilman, 2020).

Saez, E. and Zucman, G. (2020). The Rise of Income and Wealth Inequality in America: Evidence from Distributional Macroeconomic Accounts. The Journal of Economic Perspectives, 34(4):3-26.

This research was undertaken as part of the author’s PhD studies at the Department of Economics at Lund University. 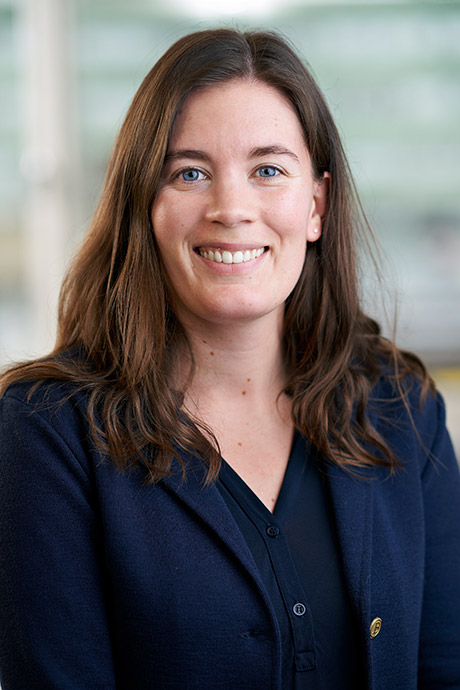