After completing the doctoral education PhD student Danial Ali Akbari will defend his thesis 11 June. Get a quick glimpse of his thesis, experiences and near future. 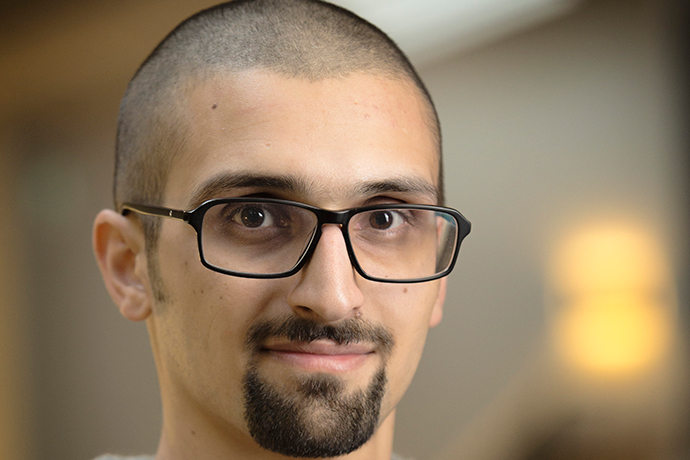 You are about to defend your thesis “Das Human-Kapital: Emerging Patterns in the Class Structure”. In short, what is your thesis about?

"It is about the rise of the professional-managerial class as a socio-economic group and the increased inequality in society accompanying this process. Technological change can either augment or displace workers. In recent thirty to forty years we have seen an overweight of the latter, which has led to a decrease in the global share of labor income relative to capital. This development can be partly explained by the fact that employers require workers with cutting-edge competence. This requirement is different from the preceding demand for a broadly educated public, which led to the establishment of the human-capital-promoting institutions in the 18th century Europe and North America.

The result of the change in the demanded employee portfolio has been the emergence of the professionals and managers who are more numerous than before, while still making up a minority in the society. The wages of post-graduates relative to other groups in the society has increased leading to higher income inequality.

More specifically, I address three questions in the thesis:

In three words, how would you describe your years as a PhD student at LUSEM?

"My colleagues have challenged me with crucial and insightful comments and questions for which I am very grateful."

"Critical thinking is seen as a corner stone in science as an enterprise. However, in my view, the focus on journal publication encourages appeasement of and pandering to the academic audience organized around a journal, and thus hinders groundbreaking critical work. Typically this leads to journal fragmentation, with each group talking to and publishing for their own clique. Having witnessed this incentive structure has been disillusioning. While this incentive structure has a corrupting influence, I was also surprised to see that a lot of subversive work still can be done."

"During my doctoral investigations, I have joined a growing number of economists in challenging one of the established notions in economics, namely that technological change mainly augments labor rather than displacing it. This has been both exciting and humbling."

What are you up to now?

"I am in the process of disseminating the insights of my thesis through articles aimed at the public."

Thank you, Danial! Wishing you all the best!

Danial is a PhD student at Department of Economics, LUSEM.

Danial traditionally nailed his thesis during the "Spikning" ceremony 21 May in the Blue Hall in EC3 at LUSEM.